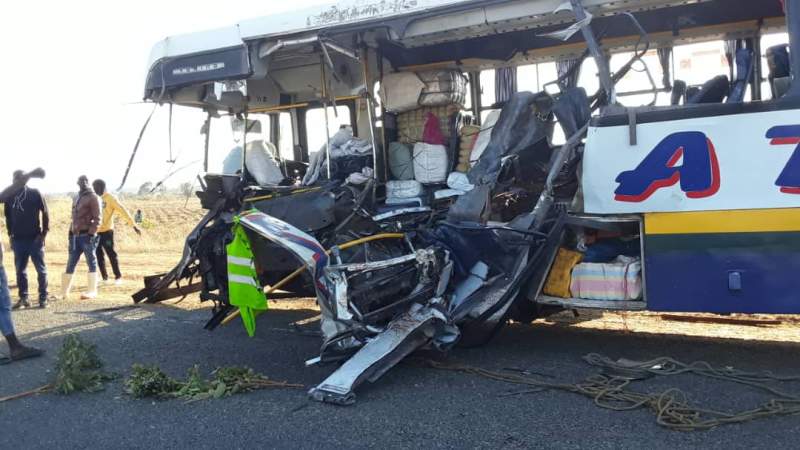 At least ten people died in a road accident around Nkhamenya in Kasungu district last night. Three others are critically injured.

About twenty have escaped with minor injuries.

The accident occurred at Mkulala village, near Nkhamenya Trading Centre.

Kasungu Police Spokesperson Joseph Kachikho says the bus, which was en route from Lilongwe to Chitipa, collided with a stationary truck.

The bus was operated by Matours Bus Company.

One of the dead is female while the rest are male, said Insp Kachikho.

The injured are being treated at Kasungu District Hospital.

The bus, registration number MN6364, had 66 passengers on board.