Nine Netted in Phalombe for Digging Trench Across Tarmac Road 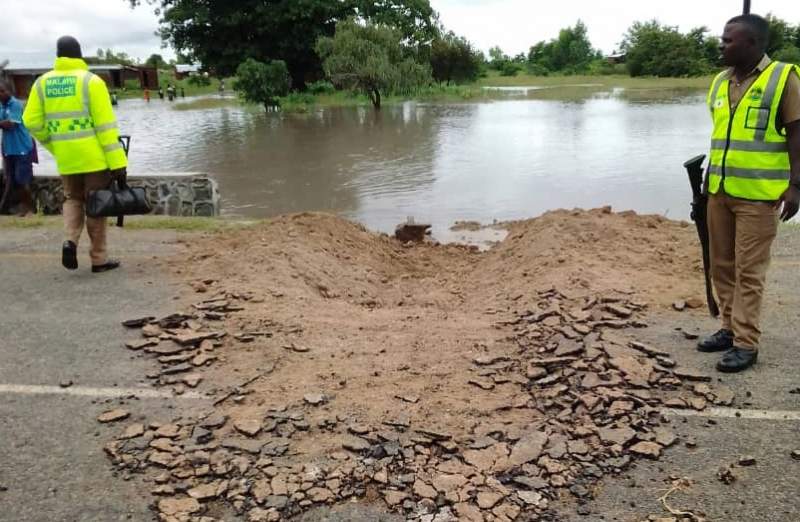 Police in Phalombe have arrested nine men for defacing public infrastructure after they allegedly dug a drainage trench across a tarmac road to allow flooded water flow across the  road.

According to Sergeant  Moses,  that area in Phalombe has been receiving heavy rainfall throughout the night of Tuesday, a development that led to the bursting of the banks of Nakamba Stream thereby causing floods in households in Mphulanya village.

Sergeant Moses said the development forced some men in the area Wednesday morning to rush to the tarmac road where they started digging a drainage across the road so that  flooded water could flow across to the other side of the road.

He said the police got a tip and rushed to the scene where they found the nine and arrested them.

" The suspects will appear in court soon to answer charges of malicious damage which have been leveled against them," said Sergeant Moses.

Meanwhile, police in the district have challenged people to seek guidance from relevant authorities to avoid such behavior.