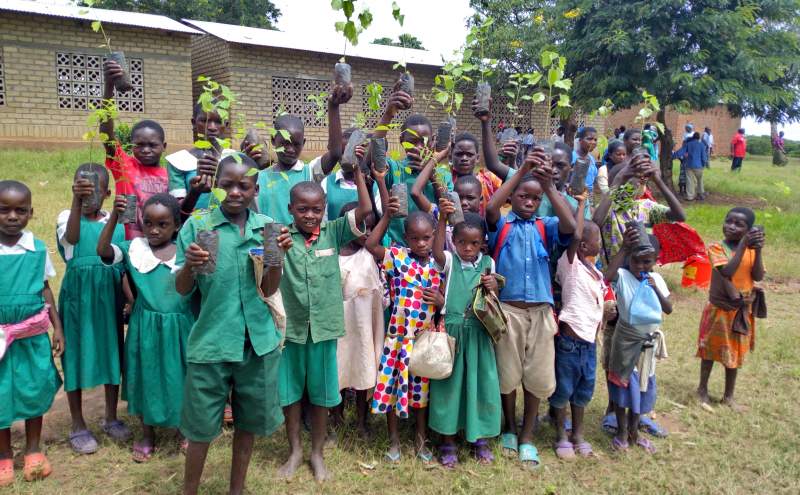 Chikwawa Diocese of the Catholic Church on Thursday launched a tree planting programme at Kunyondo Primary School where it suggested a massive civic education exercise to halt land encroachment.

Vicar General, Father Cosmas Chasukwa, said during the launch that apart from leasing the land, villagers need to have ownership and protecting the land for the benefit of the next generation.

"People have to change their mindset. They need to take available schools in their areas as their own considering that it is their children who are learning there," said Vicar General Chasukwa.

Both head teacher of the school and school management committee chairperson, Mac Joseph Zulu, said they are stressed up by rampant cases of encroaching the school land being fueled by surrounding communities.

"This school belongs to Catholic church. We ask the church to help us to put beacons on our land.

“We are tired with some people who have constructed houses and farming in the school premises; we now want action," said Zulu.

Currently, education authorities are in the process of leasing all land in primary schools to avoid such occurrences.

Some of the public facilities that have been encroached are Berewu Health Centre in Maseya area and Kunyondo and Chithumba in Chapananga area where people have constructed their houses and farming.

The Vicar General also took time to thank Catholic Development Commission in Malawi, for spearheading tree planting exercise in schools, saying such interventions also need to be scaled up at household level.