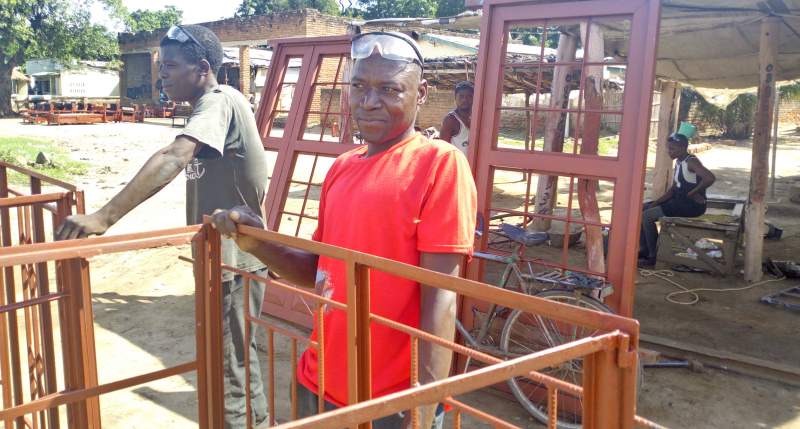 People with disabilities (PWDs) in Lower Shire have asked government and development partners to step up vocational skills interventions to target majority of them to be self-reliant.

Domingo Nasho of Robert village and Fraction Majekete of Sekeni village in Lundu area in Chikwawa told Zodiak on Thursday that they are still being sidelined to benefit from social protection programs; hence the need to empower them with skills.

Nasho aged 49 of Robert Village and Majekete aged 42 of Sekeni village under Chief Lundu in Chikwawa said are happy that are among a few people with disabilities that are being imparted with welding skills at Nchalo Trading Centre.

“We can assure you that we are able to do many welding works," said Nasho as Majekete was listening keenly.

They claimed that a lot of people with disabilities in Shire Valley are still subjected to oppression and stigma where among others community leaders sideline them in the social protection programs.

"When it comes to food and money distributions, chiefs leave us out," complained Majekete.

MACOHA Rehabilitation officer for Chikwawa and Nsanje Frederick Mazoko explained that through the cyclone Idai Recovery program, they have managed to distribute farm equipment and farm inputs, providing medication to some flood survivors and training 40 people in various skills including welding, tailoring and carpentry.

Mazoko is hopeful that MACOHA will likely engage other partners to enhance skills development among people with disabilities.

Some of those that have been trained by MACOHA are stationed at Nchalo Trading Centre and Ndirande Bester village in Lundu area in Chikwawa district with funding from Hope and Healing International from Canada.