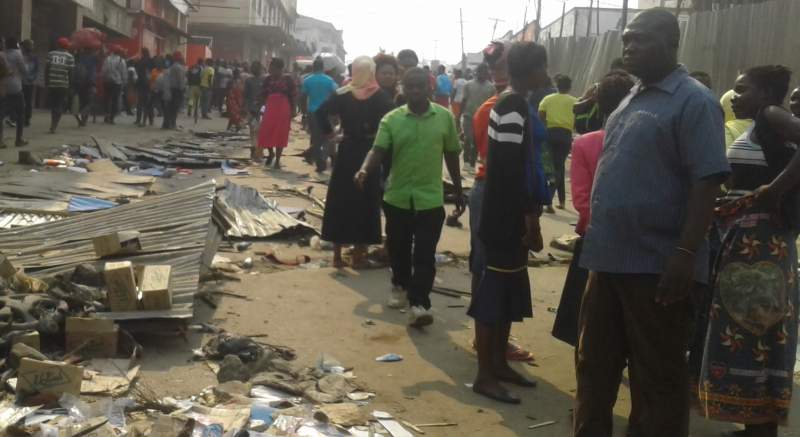 In the wee hours of Tuesday, Blantyre City Council effected its plan of demolishing shacks of some vendors in the city after warning them to voluntarily move out of the streets.

According to Spokesperson for Blantyre City Council, Anthony Kasunda, it is unfortunate that some defied the notice, a development he said compelled the council to use force on those who failed to comply.

“So far, we are happy with the progress. We are receiving tremendous support from Malawi Police Services. The job will not take a day.

“The Council would have loved voluntary relocation as you know we started making announcements last week that vendors should leave the streets and go to the markets where leaders should allocate them space.

“A number of them did that voluntarily and those that moved were given space. Those that did not comply have compelled the Council to evict them,” he said.

But Chairperson of vendors in Limbe, Hastings Samwa, has described the councils ‘decision as inhumane.

He said the council did not announce of its plan, saying what has happened is a blow to their livelihoods.