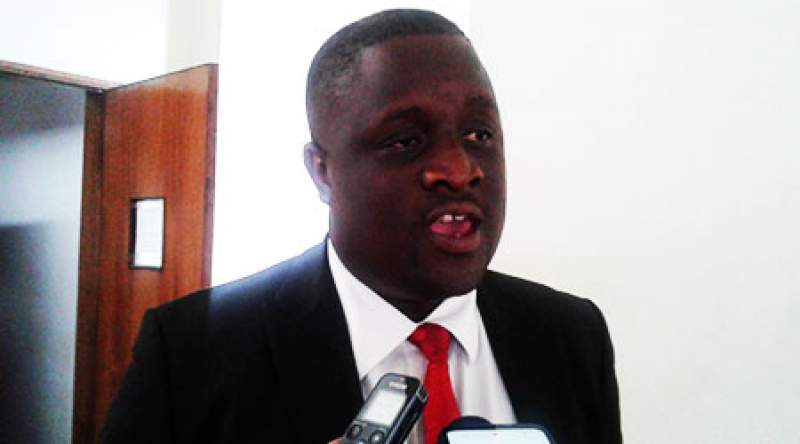 Malunda - We will regularize the documents - pic by Happy Njalam'mano

This is the case which former MACRA Director General, Godfrey Itaye, Director of Finance Ben Chitsonga and Head of Procurement Joseph Ngalawa are being accused of fraud and abuse of office.

Mpata recognized before magistrate’s court in Blantyre a document which indicated that MACRA procured 200 meters of cloth for the former governing Democratic Progressive Party.

When the witnesses wanted to tender the document as part of his evidence, defense rose with an objection that the document cannot be used as evidence.

Counsel Fostino Mayere from the defense asked state on what authority it is using the document as evidence when it was not an original.

Senior Assistant Chief State Advocate Dzikondianthu Malunda told the court that the document was certified as a true copy of original, an argument that was counter-argued by defense.

State then asked for a 20-minute adjournment to confer on the matter.

When the court resumed, Malunda sought another adjournment to address issues raised by the defense.

“We need to regularize and be better equipped to address the issues raised by counsel from defense. We also propose that the witness should start from where he has stopped next time we meet,” said Malunda.

The case has since been adjourned to 13 May this year.