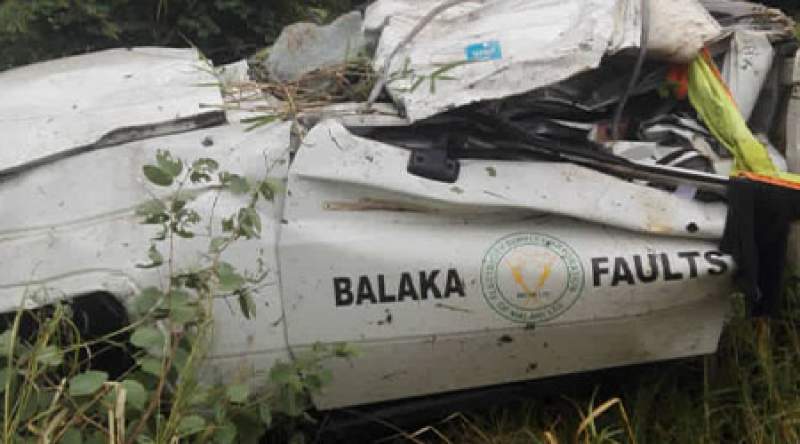 End of the road, the accident that has claimed three lives - pic courtesy of Felix Misomali

Three Electricity Supply Corporation of Malawi (ESCOM) employees have died in Balaka after their vehicle overturned on Sunday at Chusoka area along Zalewa- Chingeni road.

Inspector Misomali says the vehicle, a Toyota Land Cruiser pickup, Registration Number BY 8952, was heading to Chingeni direction from Zalewa, and Chimlomo who was on the wheels lost control of the vehicle which overturned several times.