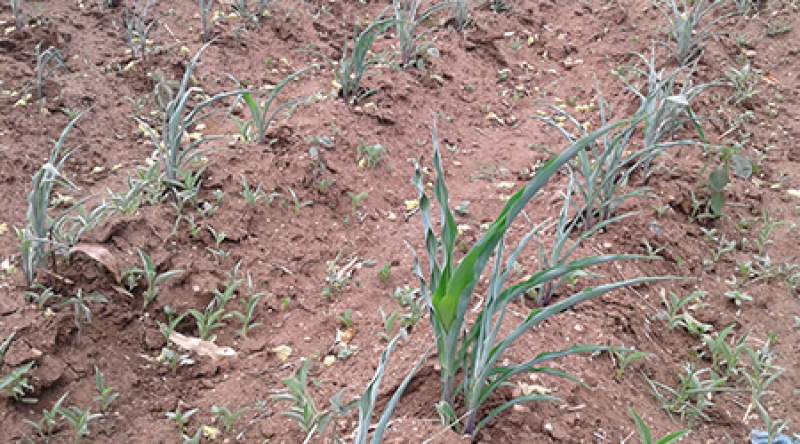 As of Wednesday December 17, 2021, Malawi had not yet received rains suitable for planting.

The official rainy season is almost midway that day in the country but temperature in most parts of the country seemed to be stuck in October characters.

Decades ago, by this day, young boys and girls, even elders in most rural set ups were already in their gold mines which are maize fields weeding and applying fertilizer for money ready for festive season.

That feeling is just a nostalgia today. By that day, most farmers were even yet to prepare their fields because they could not see a sign of a rain drop up in the sky. No rain causing dark cloud.

Fear had started creeping into many households whose living is agro-based. They are not sure when they will plant.

For some who had planted with the earliest rains, known as Chizimalupsa in vernacular, have had their hope blurred because their crops were wilted by the scorching sun.

Group Village Headman Makata in Blantyre says “almost 75 percent of people in my area has had their crops wilted in the fields.

“Our fear is that we may not harvest enough yield this year. We do not know how the rains will be like but as for now, things are not good,” said GVH Makata.

“During my time, we had trees everywhere and we had good rainfall pattern. We could plant on time and harvested more because climate was good.

“However, everything has gone haywire today because we have destroyed all the trees,” he added.

“A considerable percentage of our farmers planted and right now most of the maize crop has wilted. We have a very terrible situation that those who planted are required to replant when rains start on a good note,” she said.

The Farmers Organization Limited (FOL) feels time is now for farmers to adopt new farming technologies and improved seeds that will adapt to climate change.

“As you are aware, farmers planted around November but the crop now has failed and most likely they are going to replant. The message that we want everybody as a farmer in Malawi to take is that they need to adopt short maturing crop varieties.

“We already know that the planting window has narrowed. If you plant long maturing variety, it means that you might not yield anything out of that,” he said after providing people at Makata with improved and early maturing seed.

Chilumpha said all this is a result of climate change orchestrated by failure to take good care of environment.

“The farmer is affected primarily. They should also be at the forefront to make good of what has been destroyed.

“That is the reason why we are encouraging farmers to plant trees and make sure that they do not cut them carelessly. In the end, we can bring back the good climate that we used to enjoy,” he said.

GVH Makata testifies that “only those who practiced box ridging have their crops survive but the rest have dried up” in his area.

He, therefore, echoed Chilumpha’s recommendation for adoption of new farming technologies and the use of improved seeds, saying he is a living testimony of how the technologies are an answer to effects of climate change.

“In 2000, I was trained at Thuchila in Mulanje on new farming technologies. When I came back, I trained all the villages under my jurisdiction these technologies such as Sasakawa and box ridging.

“Unfortunately, some farmers felt the methods are hectic and difficult to follow. All in all, these methods are a way to go with the changing of climate we see today.

“However, we still encourage them to adopt the technologies and plant early maturing varieties looking at how some of us benefitting. If we are not careful, we will lose lives in future due to lack of food,” he said.

As for Msukwa, if farmers adopt short duration seed, “we may be able to cope because it can only take three months or 100 days to mature.

“Or else, they can also diversify crops and grow crops such as sweet potatoes, cassava so that they can complement what will be lacking because it is obvious that we may not be able to harvest as required.”