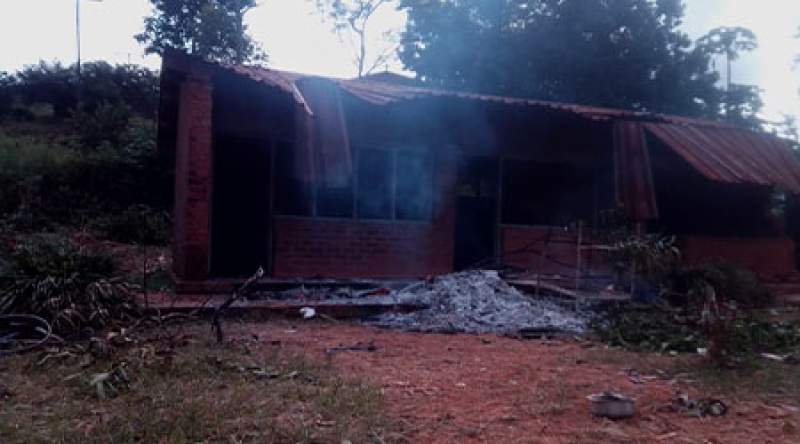 Malawi Human Rights Commission (MHRC) has expressed dismay with increased rate of alleged excessive use of force, torture and summary execution of suspects by police in the country.

MHRC Spokesperson Kate Kujaliwa was reacting to Tuesday's incident at Thekerani Police Unit in Thyolo where a suspect's picture went viral after he reportedly died in cell hanging from the roof while in a handcuff.

Speaking to Zodiak on Wednesday, Kujaliwa said it is disheartening that the allegations involving police subjecting suspects to torture and summary execution continue in the country.

Kujaliwa indicated that the Commission has always emphasized on upholding rule of law and human rights protection for all, including suspects and convicted persons.

"Suspects and convicted persons are humans and have rights that must be enjoyed, including the right to life and dignity and not to be subjected to torture and any cruel, inhuman and degrading treatment," Kujaliwa said.

Meanwhile, while condemning the angry communities for destroying the police unit, Centre for Human Rights Education Advice (CHREA) executive director Victor Mhango, has called for investigation the death of the suspect especially on why police kept the suspect while in handcuff.

National Police Deputy Publicist Harry Namwaza said police will comment after the post-mortem results into the death of the suspect, including the damage of the Unit.

"I cannot comment much as of now, of course, we are investigating the incident. I think I need to find out because it’s obvious there is a post-mortem so I need to gather facts first.

“There are two issues of suspect allegedly killing himself in the cell and that of community members destroying police unit and property. Give me some time to talk to colleagues," he said.