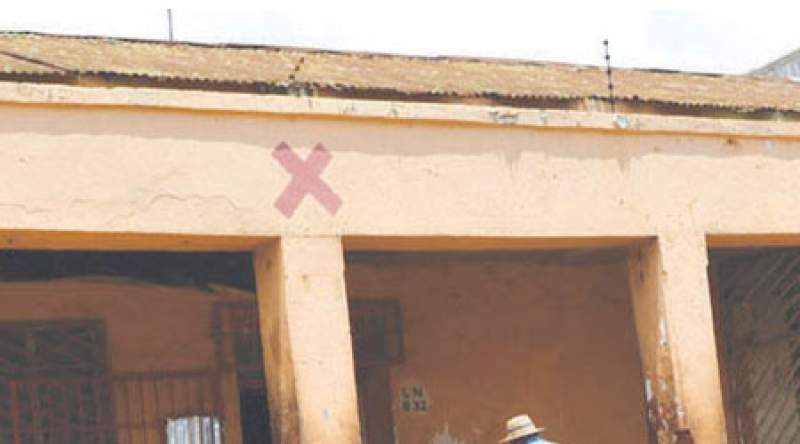 Some of the buildings were marked for demolition - internet pic

Blantyre City Council (BCC) has proposed for mediation with property owners to withdraw a red star campaign case which has been in court since 2016.

Spokesperson for the Council, Deborah Luka, says they have made the decision because some of the by-laws have been repealed and, therefore, any court ruling will not help the campaign.

“We have been waiting for judgment since 2016. Since it has been a long time, we have decided to make an agreement with those who obtained the injunction so that they can withdraw the case and we continue with the red star campaign.

“We feel like the injunction is delaying us to continue with the campaign and this is the only way to continue. If they agree with us to withdraw the case, it means we will go ahead to demolish buildings that are not looking good in the city,” she said.

Lawyer for the property owners, Mauya Msuku, says their room for discussion with the Council has been open since 2016 when the matter arose.

“I personally visited the council two times for us to engage each other. The council in their affidavit actually said that they were not under any obligation to respond to those letters. We saw that very strange from a public office.

“If they are saying they want us to engage, we are available. We were willing to engage from word go, from day one,” he said.

Some property owners obtained an injunction in 2016 restraining the Council from demolishing their buildings under the Red Star Campaign.