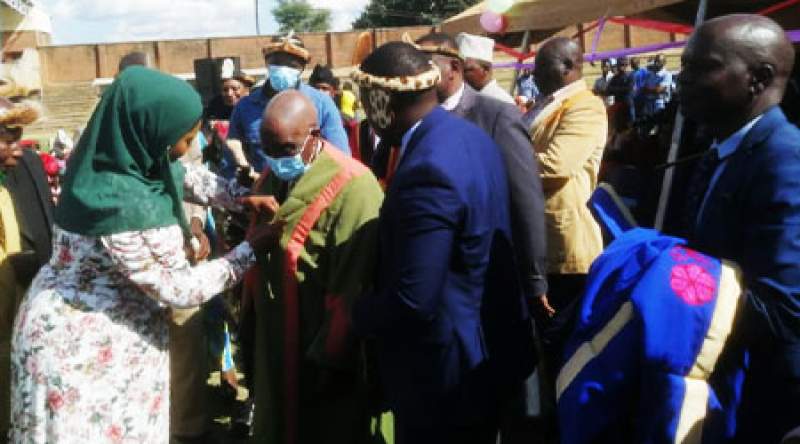 Daud during the elevation of the chiefs - pic by Chrispine Msiska

The ministry of local government says it has advanced talks with mobile phone service providers Airtel and TNM to bankroll chiefs’ honoraria payments through Airtel money and TNM Mpamba in order to ease burden they face with bank payment system.

Daudi said president Lazarus Chakwera has made a directive that chiefs will be getting their honoraria through mobile money systems of Airtel money and Mpamba.

Daudi said this is in response to complaints the chiefs have been raising that they pump in more money for transport fares to access their pay from banks.

On considering chiefs currently not on payroll, the minister said some traditional leaders have been elevating village headmen without following proper procedures thereby choking the wage bill, and was quick to say that data collection exercise is underway to come up with original database.