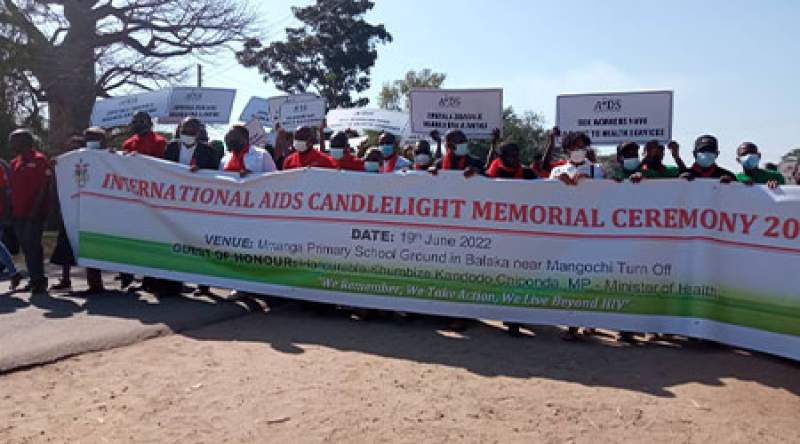 Minister of Health Khumbize Kandodo Chiponda says Malawi has made great progress in the fight against HIV/AIDS as the country launched the five year T = T campaign Tizilombo tochepa (ya HIV) = Thazi (labwino) under the theme "we remember, we take action, we live beyond HIV" at Mmanga primary school ground in Balaka district.

Chiponda addressed a mammoth of people that gathered at Mmanga ground as the nation commemorated the International AIDS Candlelight Memorial Day in remembrance of the people who lost their lives to the pandemic but also as a sign of solidarity to the people living with HIV/AIDS.

She also expressed concern that while there is progress on the fight, youths continue to be sidelined in the country and vulnerable to HIV/AIDS.

According to the National AIDS Commission Board Chairperson Lawrence Yobe, there are disturbing statistics amongst some sub-populations such as adolescent girls and young women as well as key populations.

"About 1.1 million people are living with HIV of whom about one million are on ART and about 900,000 have had their viral load suppressed," he says.

International AIDS candle light is a global event commemorated every year with an aim to decrease stigma and increase public understanding of HIV and AIDS, provide communities a public opportunity to remember the lives lost and affected by the disease and increase public support for sound policies and programs to benefit people who are HIV positive and risk of the disease.