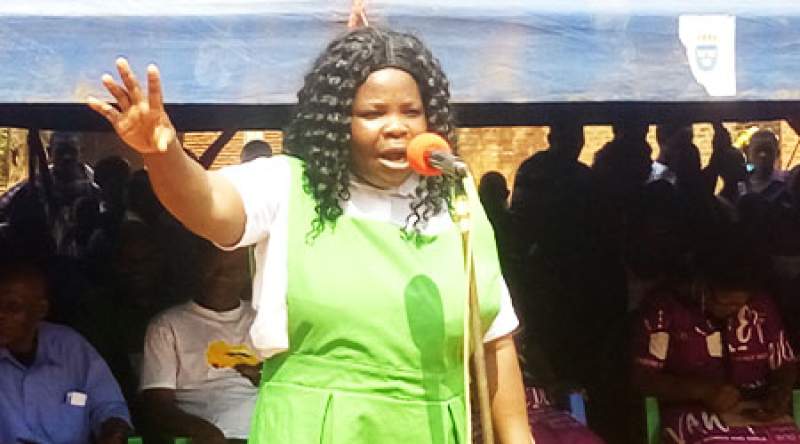 Oxfam has challenged female legislators in the country to lobby for more budgetary allocations to departments and agencies that are directly involved in management of Gender Based Violence.

The organization’s Country Director Lingalireni Mihowa spoke on Wednesday during an open day on Ending Violence Against Women and Girls (EVAWG) in Mulanje South East Constituency whose parliamentarian is Naomi Phiri.

“Sectors like District Social Welfare Office and Police have been struggling financially to an extent of failing to respond timely to Gender Based Violence incidents,” said Mihowa.

She also called for collaboration at all levels including at grassroots in fighting against GBV.

Naomi Phiri in her remarks urged her constituents to report all forms of GBV to relevant authorities like police, Social Welfare Officers and even NGOs.

“GBV is a monster that should not be tolerated in this constituency and we have to speak against all forms of GBV,” said Phiri.

On her part, Mwanza West parliamentarian Joyce Chitsulo drummed up support for all female legislators saying they have demonstrated their zeal to fight against abuse on women and girls through different women economic empowerment initiatives.

“Educated and economically independent women are at low risk of suffering from GBV and we therefore need to invest in education for a girl child if we the next generation is to be GBV free,” said Chitsulo who chairs the Public Appointment Committee of parliament.

Oxfam in partnership with female parliamentarians are implementing EVAWG at grassroots level.