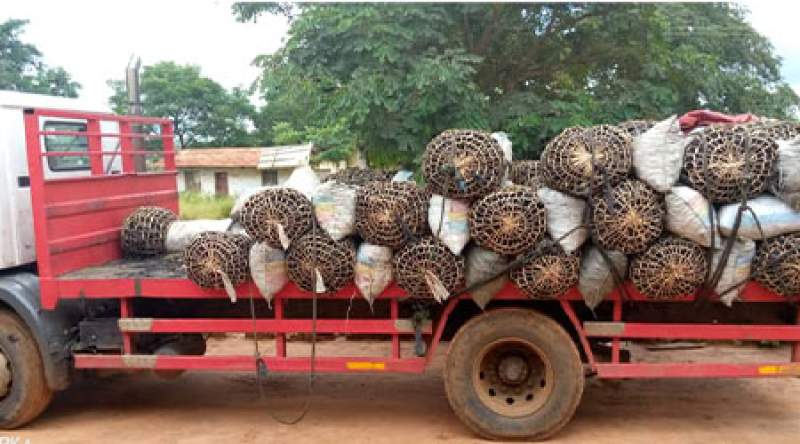 Neno district Forestry Office has with immediate effect banned production and sell of uncertified charcoal, claiming the district has lost 24,000 hectors of forest between 2021 and 2022.

Neno District Assistant Forestry Officer, Aubrey Macheso, says the situation is worrisome as it is resulting in massive soil degradation, silting of major rivers such the Shire and Nkulumadzi and drying up of boreholes.

"This development is worrisome as illegal charcoal business is having a huge bearing on the environment. Rivers are drying up and disasters are also on the rise in Neno since our environment is disturbed now", said the AFO.

Macheso then, warned against contravening the ban, saying the long arm of the law shall take its course.

He says, as per the 2022 new forestry policy purohits sell and production of charcoal, unless one is given a license by the line ministry.

Charcoal producer and trader, Mayamiko Kanzimbeni, has pleaded with government to provide them with alternative sources of income and increase the social cash transfer money in a bid to meet their daily needs.

"We really appreciate the role our environment plays for us, but we have no choice but to do this business anyway, so we call on government to give us loans and increase the social cash transfer money, with that we will drop the business", said the seller.

Another trader, Marry Kunchenga, from the area of Traditional Authority Mlauli is of the view that, the business is indeed bad but access to government loans, such as the NEEF is a hustle, especially for people living in village.

"The paper work and conditions are complex and to understand them is not easy hence most people are not benefiting, then what else?” she posed a question.

As an alternative source, Macheso is advising people to grow their own trees through woodlots and do beehiving in order to generate cash from the proceeds.

Meanwhile, the department has lamented underfunding as a major blow to frequent patrols, saying on average, they receive K300 thousand a month, and one patrol demands K180 thousand.