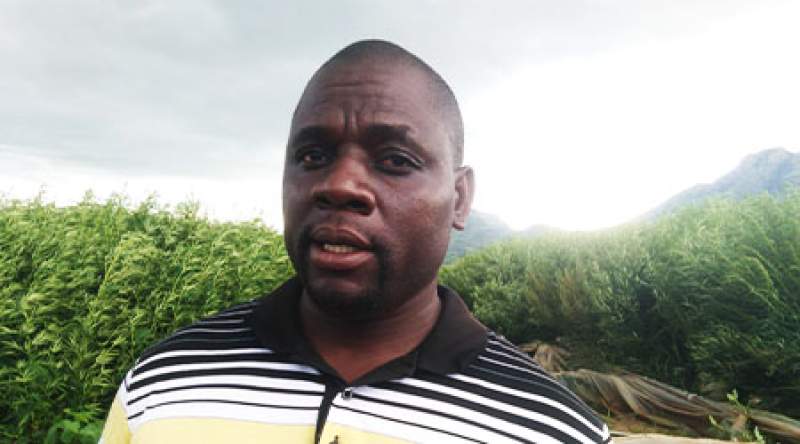 Some industrial hemp farmers in Thyolo have accused the Cannabis Regulatory Authority (CRA) and an off-taker, United States Cannabis Association in Malawi (USCA) of dumping them despite the agreement to buy their hemp.

Speaking to Zodiak Online after a media tour, Kumvana Limited Company chairperson, Fatsani Chakwana, which claims to have so far invested over K40 million since 2021, alleges that the two entities are not forthcoming on the future of the farming and the market.

Chakwana explained that in the beginning of the farming all seemed rosy as they were in frequent contact with officials from CRA and USCA including the government auditors, but now after planting the hemp and invested they are not showing interest.

"Now we are in a hopeless situation after trusting CRA that USCA would buy our hemp, but it is currently not interested. As you can see, the leaf is now over-grown and we do not know what next because even the company's extension workers abandoned us," Chakwana said.

Meanwhile, CRA Director General, Dr Ketulo Salipira, said the authority is aware of several contractual concerns involving USCA which they are engaging the parties to resolve and find the way out.

"There are many of them that we came together and discussed, also engaged USCA on the same. What is remaining as an authority we want USCA to confirm to us on what will be the way forward on how the farmers would be assisted," he said.

However, USCA Managing Director, Paul Maulidi, has asked those whose crop is ripe to notify them, adding that now they are planning to establish a factory to be extracting oil from the leaf.

He said: "Those who have grown and harvested we have been talking to them and see how best we can assist because we intend to establish a factory. But they have to come and tell us when they are ready."

In 2020, Malawi made it legal to cultivate and process cannabis for medicines and hemp fiber used in industry which is also believed to have potential of boosting the country’s economy, largely dependent on tobacco.