The Wrath of a Wounded Nature 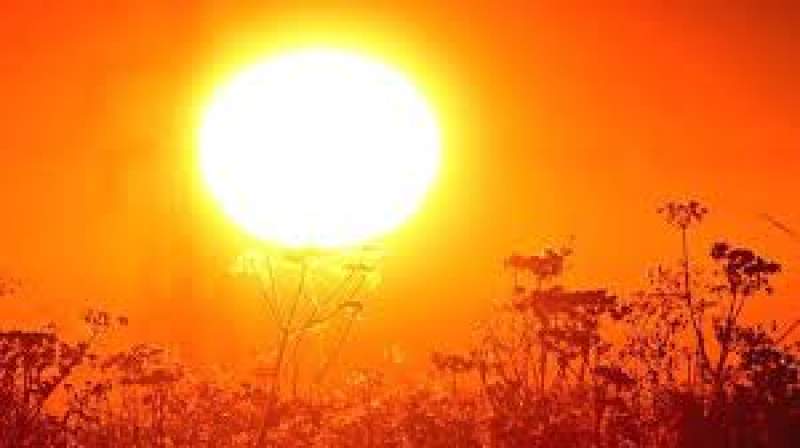 It’s 8 o’clock in the morning. The sun is still brown as it has just risen. Only the brown tells it is still morning; but the heat tells otherwise; feels like it is noon already.

That one has just left shower an hour ago before leaving for work could sound like a fairy tale because the body is already sweating at that hour. It is a known fact that October in Malawi is the hottest month. However, the hotness Malawians have experienced in the past three years surpasses true description of the summer month.

The country has experienced extreme temperature. Some people have taken to social media to illustrate how unbearable the temperature has reached in Malawi. Some have reached an extent of showing a meme of dry chambo frying in a pan that has just been put on the ground instead of fire; replacing the fire with the sun. Some have shown a melting 1, 000 liter water tank by the furious sun heat.

What sins are we paying for? Some think Malawi is being punished for undisclosed sins; relating the country to its nickname of the “Flames.” Malawi is up in flames; but we are not alone. The heat wave has also hit other African countries.

“Extreme south eastern Angola, North and Eastern most parts of Botswana, Eastern half of eSwatini, South western parts of Madagascar, southern Malawi, most of Mozambique, extreme north eastern fringes of south Africa, South and Eastern Zambia, Northern fringes and Southern half of Zimbabwe will have a high probability to experience a heat wave during the period of 25 to 31 Degrees Celsius to 31 October, 2019.”

Malawi has recorded extreme heat to as far as 45 Degrees Celsius in some parts; especially in the Lower Shire. This is unbearable. Reports from the valley say that there is no peace among the people; especially children, pregnant women and those with high blood pressure condition. This does not mean other people are better off but the mentioned groups are more vulnerable to the heat wave.

“Things are worst here in Nsanje. We have buried my aunt on Wednesday who succumbed to high blood pressure. We suspect the weather played a role in the death of my aunt,” said one of Malawi journalist who travelled to the Lower Shire district over the weekend to bury his aunt.

Executive Director of Civil Society Network of Climate Change (CISONEC), Julius Ngoma, says Malawi and other African countries could be paying for damaging the environment.

“This means that there is an 80% chance that any monthly heat record today globally is due to human-caused global warming. This is the same reason that we can provide to relate climate change to the current heat wave that we are experiencing in Southern Africa. The notable heat waves witnessed in 2019 in Europe and now in Southern Africa is associated with human induced emissions,” says Ngoma.

According to Ngoma, it is expected that longer, hotter, and more regular heat waves could have a damaging effect on life expectancy and crop production in Africa due to increase in climate related diseases and more frequent droughts and dry spells respectively.

“However, severity of the impact on human mortality and crop production depends on the vulnerability of the communities affected and the environmental systems. More places with degraded ecosystems (deforested) are more likely to be affected by those with intact and functional ecosystems,” added Ngoma.

If global reliance on fossil fuels is not checked and controlled, extreme heat waves will become the norm across most of the world including in Africa by the late 21st century, according to Ngoma.

The heat wave has just added salt on the country’s wound of natural calamities. Malawi has recently witnessed a spate of natural disasters such as floods, drought and dry spells resulting from harsh effects of climate change.

Fear has already started grappling that, if nothing happens, climate change will one day leave the country with no life supporting necessities.

Lilongwe Water Board supplies water to the people in Malawi’s capital, Lilongwe.

The Board’s Chief Executive Officer, Alfonso Chikuni, fears if nothing is done, the city dwellers will one day have no single drop of water.

“A lot of our water is lost to evaporation. With this heat wave, we can’t tell how much compared to other years. This year is worst. If nothing is done, not even ten years will last for Lilongwe. For Lilongwe, may be even just two to three years we will be in a very big trouble,” said Chikuni.

“Disappearance of Dzalanyama catchment means the dams are only rainwater harvesting structures. People within the catchment area are very busy clearing the forest. It is like what is called tragedy of the commons where nobody is responsible,” said Chikuni.

Malawi President, Peter Mutharika, in New York in October, stressed a need for resilient ways of tackling issues of climate change considering the disasters the country has been going through.

Mutharika said after signing the Climate Change Treaty in USA that “you saw how the country has been hit by natural disasters. If we are not careful, we will continue to suffer.”

The president said that signing the Treaty was important in addressing issues of carbon emissions that fuels climate change.

Concurring with the president, Julius Ngoma said “there is also a need to develop responsive and pro-poor policies that will safeguard countries and communities from adverse impacts of climate change.

“There is a need to invest handsomely in climate change adaptation and mitigation. Adequate and predictable financing has to be provided by national and international governments to address the problem holistically and proactively.”

According to Ngoma, investing in capacity building of communities/citizens to manage climate change especially providing technical knowledge and skills to adapt to adverse impacts of climate change will help do away with climate change.

“We need also to divert from fossil fuels and invest in clean energy so that we cut on emissions,” said Ngoma.