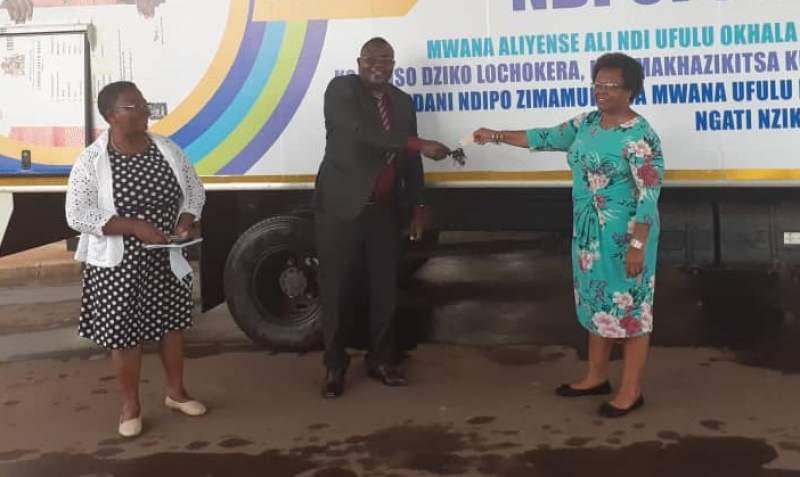 A hand that giveth - pic by Pilirani Tambala

The National Registration Bureau (NRB) has conceded that over eight million children in Malawi under the age of 16 are being denied the right to legal identity for their speedy access to justice and other social services.

NRB Deputy Director, Moses Chiwoni, told Zodiak Online that in spite of putting in place systems for every child to be registered through the health facilities, progress has been very minimal.

“The arrangement we had with ministry of health is not working because there is shortage of health personnel who are mostly overwhelmed with their core medical tasks to handle the birth registration process,” explained Chiwoni.

Nonetheless, he said NRB is still negotiating with the ministry of health to explore other alternatives such as placing registration staff in health facilities to fast track the birth registration process for children.

Currently, according to the Bureau’s records, only 1.6 million children have birth certificates and seal the gap of millions other children that are not registered, plans to conduct mass registration exercise next year immediately after the rain season.

“We are now finalizing processes for this exercise next year which was earmarked for this year 2020 but postponed due to Covid-19 and the Fresh Presidential Poll.

“The budget for this exercise is $24 million and both the donor partners and Treasury have made their commitment for the children to be accorded their rights through birth registration,” Chiwoni said.

Apart from the mass registration exercise, NRB is making other commitment with local and international partners for children under 16 to have legal identity before the year 2030 which is Sustainable Development Goal number 16.9.

One of the partners, Plan International, has since donated a mobile registration van worth about K45 million to fast track registration in hard to reach areas.

Head of Programs for Plan International, Thoko Lusinje, said during the hand-over of the vehicle that her organization believes according children in Malawi their right to identity is among the best solutions to ending various abuses they face such sexual violence.

“We work for the children’s right and the first right for every child is to be registered. Currently it is hard to fight for justice for the children that are victims of various forms of abuses because there’s no proof of age and identity,” she said.

It is believed that having all children registered would also help government when budgeting for social services like education and ending cases of child marriages and child trafficking among other.