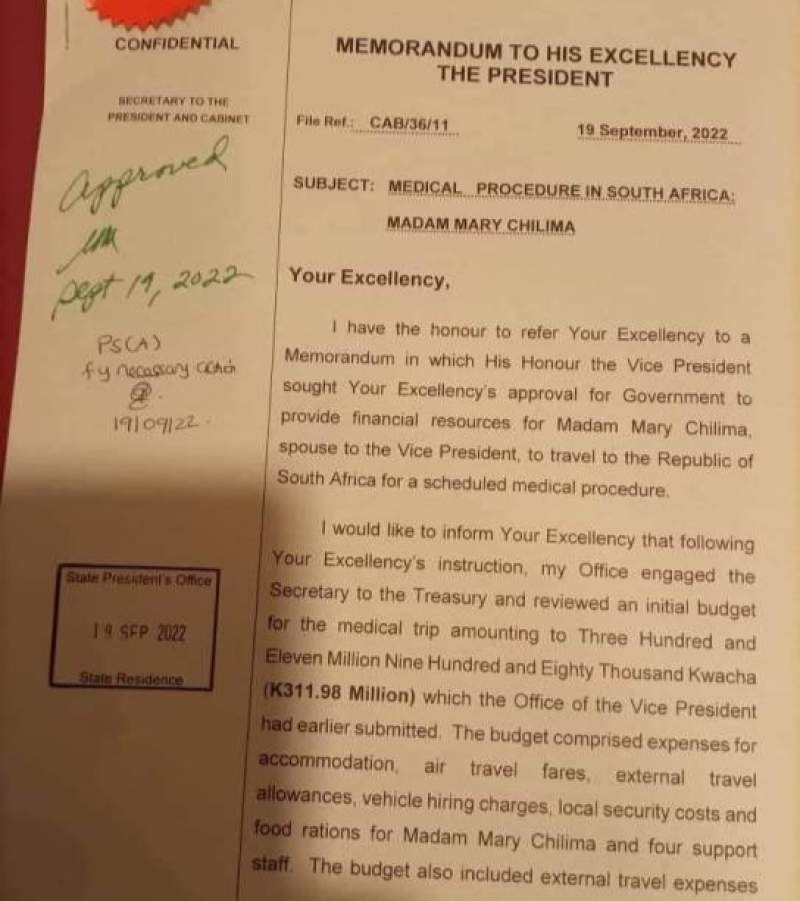 Mary Chilima, wife to vice President Saulos Chilima, is expected to travel to South Africa to undergo a medical procedure, following government’s approval for provision of financial resources to cover the costs.

In a memo leaked in the social media, the Secretary to President and Cabinet (SPC) Collin Zamba quotes a memo to President Lazarus Chakwera, by Vice President Chilima seeking funds for the stated purpose.

Reads part of the leaked memo, “I would like to inform your Excellency that following your Excellency’s instruction, my office engaged the Secretary to the Treasury and reviewed an initial budget for the medical trip amounting to K311.98 million which the office of the vice president had earlier submitted”

When contacted to comment on the development, Director of Communications in the Office of the Vice President, Pilirani Phiri refused to divulge more information.

"I can confirm that Mrs. Mary Chilima is in need of medical attention in South Africa. But we will not be drawn into explaining the details of her illness and ancillary costs." Said Phiri.

Mrs. Chilima is entitled to public-funded medical help by virtue of being spouse to the vice president.