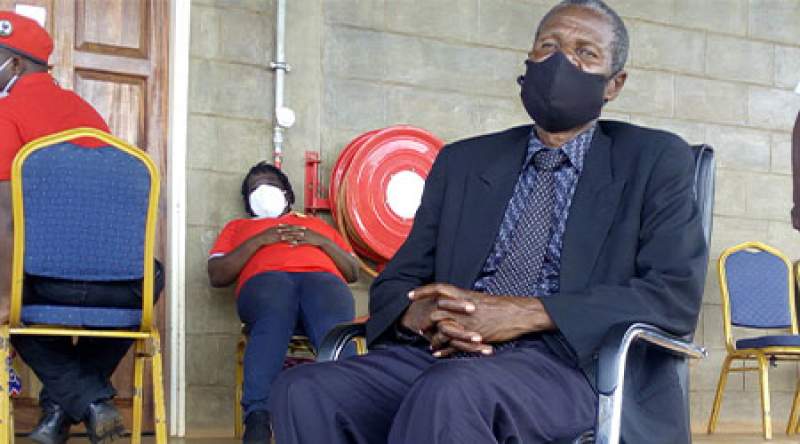 Chitsulo emerged winner in the primaries - pic by Hastings Jimani

Veteran politician Aaron Chitsulo has won the Malawi Congress Party (MCP) by-elections held on Friday in Chitakale ward in Mulanje South constituency as the party prepares for the ward’s by-elections slated for March 30, 2021.

Chitsulo won the polls after amassing 172 votes beating Richard Khembo and Bizwick Chidziwe who got 31 and 7 votes respectively.

Chitsulo who for several times failed the constituency’s parliamentary elections said he is optimistic this time around he will make it.

“I have won and I will win the polls this coming March 30, 2021. I am proud to be MCP candidate and the elections have been held fairly unlike how other political parties hold their primary elections where they impose candidates on people,” said Chitsulo.

MCP NEC member Dayan Mitumbili who presided over the by-elections described the polls as free, fair and credible.

“All the 210 eligible voters from our areas here came and have voted and we expect a large turn out during the polls. I can assure you, MCP will take this seat,” said Mitumbili.

MEC will hold by-elections in Chitakale ward following the death of the ward’s councilor, Owen Kampira on 8th January, 2021.