From War to Woe; Life in Dzaleka Refugee Camp 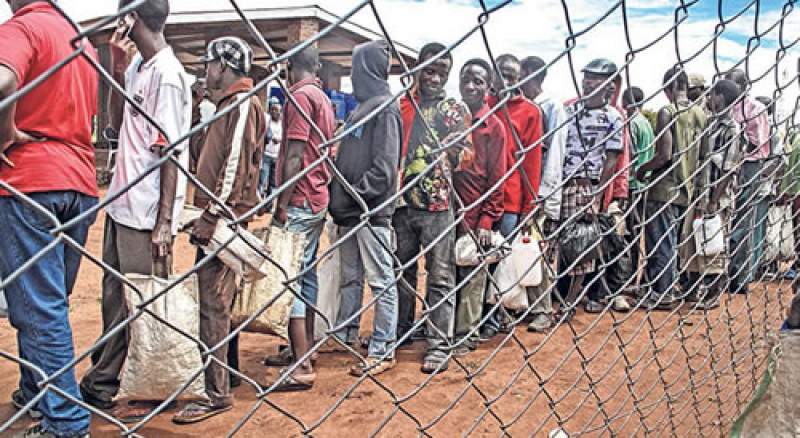 Seventeen-year-old Chikumbutso was among a group of Congolese who fled from the war-torn Democratic Republic of Congo (DRC) when he was only seven.

He never dreamt of escaping his homeland but one night, militias invaded his village, torched houses, shot at innocent civilians and went away with poultry and livestock, plus many other possessions.

It has been ten years now but he still recalls the ordeal.

“It was not an easy escape from the DRC to Malawi. We were just walking without knowing where we were going.

“Sometimes we could meet good Samaritans on the way who gave us food and lifts on trucks. Some of us were left in camps in Mozambique while others proceeded to Malawi,” recalls Chikumbutso (not real his name).

When soldiers invaded his compound, he had no time to look for his relations. He just joined a group of civilians running away from the war.

“Back home, the war is not military against military; it is rebel groups fighting civilians. Rebels could invade civilians’ homes at night, shoot on the people and take whatever they want.

“They could just invade a village and kill the whole village and get all the possessions and leave,” he says.

The feeling for Chikumbutso and other war escapees on arrival at Dzaleka Refugee Camp in Malawi was like that of the Bible story of Israelites arriving at Canaan after a long walk from captivity in Egypt.

On average in Malawi, a single person consumes about 21 kilograms of maize per month.

“We cannot survive the whole month on six kilograms only. The six kilograms, sometimes, only last a week and for the rest of the month, you are on your own. The situation also affects our education. How can you learn properly when you eat once a day?” he questions.

Chikumbutso says some people who have the ability go into villages outside the camp to lease farmland and survive on their own crop harvest.

“Some do piece works within the camp because a minority few are well-to-do but the majority are suffering,” he says, adding that, “If somebody wants to help, the first thing I could ask for is food.”

Earlier this year, World Food Programme (WFP) sounded an SOS for funds to help feed the 35,000 refugees living at the camp.

By then, they only had enough food supplies (maize, beans, vegetable oil and super cereal) for up to 31 December, 2018.

Food distribution at Dzaleka Camp was at 100% until March 2019 and the UN predicted a critical shortage was imminent and reduced rations would begin, unless new funds were identified.

The rations have declined over the year, says the UN.

It warns that “should food rations be suspended, without the Government lifting the legal restrictions placed on refugees regarding freedom of movement and the right to work, it will result in significant protection risks for the population.

“Already there is high prevalence of negative coping practices in the camp, including missing meals, school-drop out, child labour, early pregnancy, early marriage, and survival sex, all of which may be seriously exacerbated by reduced food rations.

“Reduction in food rations to refugees will therefore greatly compromise the gains so far made towards the attainment of food and nutrition security for the population, especially for breastfeeding/lactating mothers, people on antiretroviral therapy and children,” say UN.

World over every year, refugees walk over 2 billion km to safety, according to the UN. Their successful escape from war should not end up into woes. …….Please join the government of Malawi and the UN solidarity movement to honor their resilience.