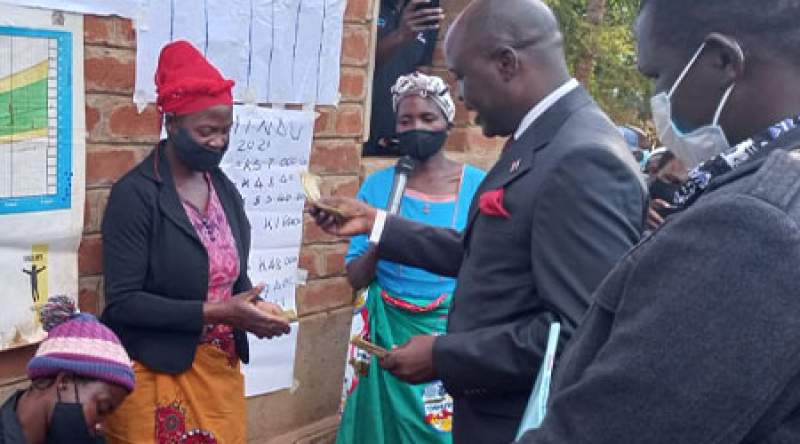 Government has hailed the European Union funded nutrition enhancing afikepo project as being key to ending malnutrition levels in the country.

Deputy minister of health Enock Phale made the remarks after appreciating afikepo interventions at Noah Mkochi village in Mzimba district.

Phale said an end to malnutrition would drastically reduce hospital admissions and avert pressure on resources allocated to the health sector.

"We can avert most of these problems that we face in the hospitals if most of the people are well taken care of,” he said.

Phale said that there is a need to employ and deploy nutrition officers in remote areas to ensure that issues of nutrition are sustained beyond the Afikepo project.

“We need to make a deliberate move to have establishments for nutrition officers in every council, while also exploring a possibility of having a budget line, so we need people who can be employed and deployed by the government as nutrition officers even providing extension services in areas like this," Phale said.

Mzimba District Hospital administrator Louis Moyo said the impact of the Afikepo project has been commendable.

He said that it has enhanced diversification of diets through growing various crops and rearing domesticated animals.

“Afikepo has reduced the frequency of our community visiting the hospital due to malnutrition related diseases. It has also reduced congestion," said Moyo.

One of the nutrition promoters in the area of Inkosi Mzikubola Thokozile Jere from Noah Mkochi village said that Afikepo project has helped in ending malnutrition related deaths.

"We used to have a lot of malnutrition related deaths, especially under five children. But, now most households are aware of how they can prepare six food groups for their families, things are no longer the same," said Jere.

The Afikepo Project is being implemented in 10 districts and it aims at increasing and diversifying dietary intake of safe and nutritious foods to enhance nutrition for women of child bearing age, adolescent girls, infants and children.