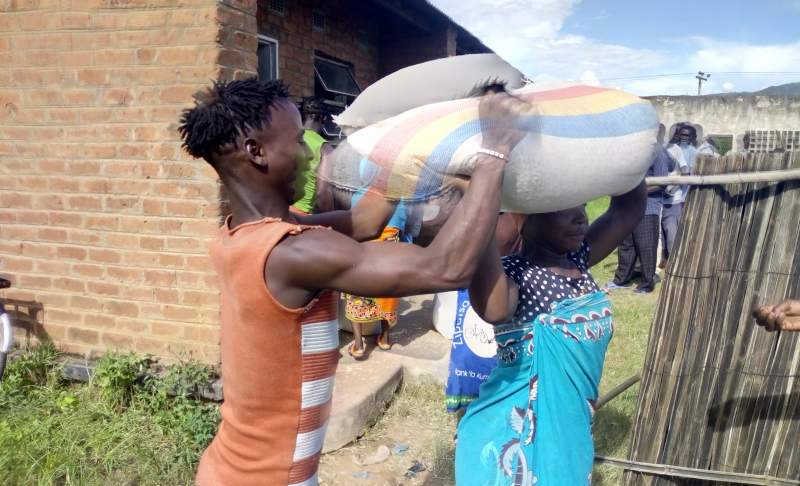 Prophet Shepherd Bushiri has assured people in the country that he still has enough maize to sell to communities that are facing hunger at five thousand kwachas per 50 kilograms bag.

Spokesperson for the Prophet, Ephraim Nyondo, said this in response to communities in Mangochi who had a chance of buying the cheap maize over the weekend.

“We are sharing this bag three of us. We couldn’t afford each a bag and we just put our money together so if this will be the first and last time to sell this maize, then we are doomed because vendors are selling between eighteen and twenty thousand kwacha,” said one women while others were just smiling.

Another woman identified herself as Mariam Issah, said she was at the selling point at 8 am despite buying the maize around 4 pm, saying she could not go without buying the maize.

“These things may not happen again and I did not want to lose such a chance and God should keep on blessing that man of God,” Said Issah.