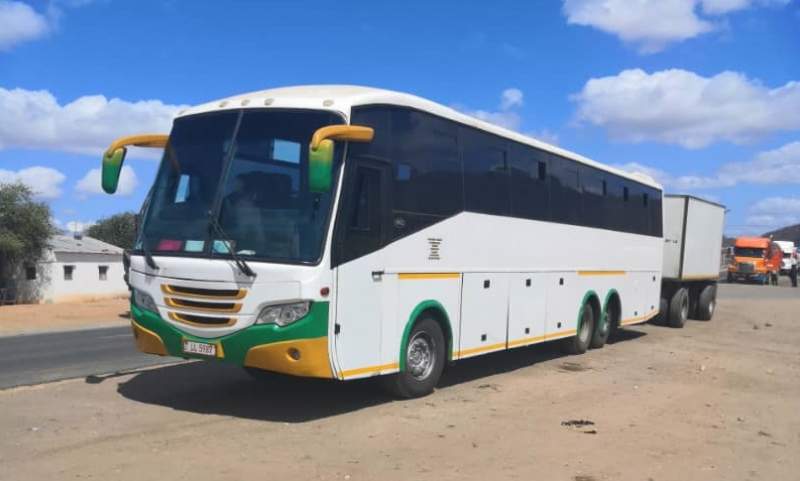 More self-repatriated Malawians feeling the bite of a lockdown in South Africa are coming back home.

On Sunday, over 500 nationals arrived in the country through Mwanza border.

Spokesperson for the border, Inspector Pasqually Zulu, told Zodiak Online that eleven buses ferried the people back home while others were deported from Mozambique en route home.

“The latest cohort is the arrival of 11 buses with 471 returnees on board. 10 of the 11 buses arrived at Mwanza border in the wee hours of Sunday August 2, 2020 while the last bus which had a breakdown in Zimbabwe arrived at the same formation around 2:30pm.

“All key border agencies witnessed the process of disinfecting the buses by port healthy personnel while the trailers were sealed off by Malawi Revenue Authority officials,” he said.

Zulu added that “of the 11 buses, 4 buses have gone to Nalikule Teachers Training College (TTC) in Lilongwe, 3 buses to Machinga TTC while the last 4 buses to Domasi TTC in Zomba. They will be there for isolation in relation to COVID-19 preventive measures.”

He said the 55 deported Malawians were detained for weeks after violating immigration laws in Mozambique.

“The group indicated that they have been in custody for weeks whilst waiting to be deported. Special appreciation was made to the Malawi High Commission in Maputo for the timely initiative in engaging authorities in Mozambique for a quick deportation,” he said.

The group was dominated by people from Machinga, Mangochi and Mzimba districts, according to Zulu.

“As Mwanza border, this is the second case of deportees registered this week only. Another group of 45 Malawian deportees arrived at the formation on Friday July 31, 2020.

Co-chairperson of the Presidential Taskforce on COVID-19, Dr. John Phuka, says all necessary COVID-19 preventive measures are being employed on the returnees.