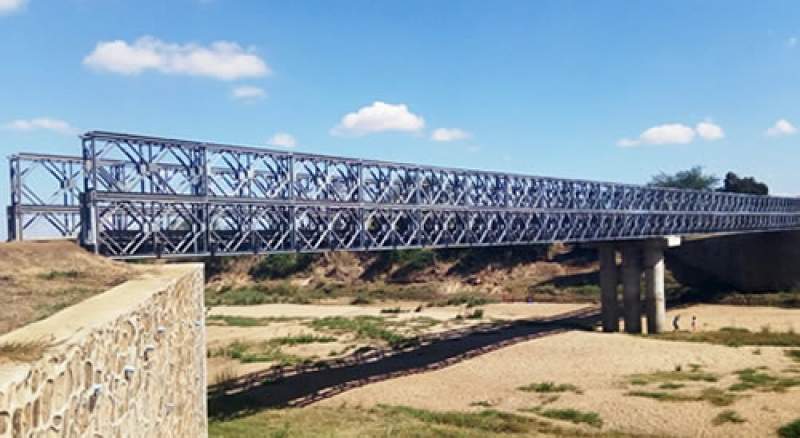 As the rainy season has started, fear has gripped people from areas of group village heads Mjahito and Chiwalo in Machinga as Namandanje river swells up each year, rendering all movement across the river to access health and education facilities impossible.

According to Eluby Theniford from Mjahito, in 2014 she was forced to give birth on the river bank of Namandanje river after they failed to cross the river.

“When we got to Namandanje river, we found the river full. So we had to wait as crossing would mean risking our lives. After a short while the labour pains started and I gave birth to my son on the river bank,” narrated Theniford.

Theniford says the experience degraded her dignity as a woman as she gave birth in the presence of men.

However, Theniford’s case is not the only one. In 2006, Stelia Maluwa from the same village gave birth on the same river bank.

Maluwa said the experience affected her as a woman requires medical expertise after she has given birth.

She further said whenever a bridge is constructed, it always ends up being washed by the swelling river.

The women have since called on government to consider building a durable bridge to lessen the burden women in the area face.

Member of Parliament (MP) for the area, Malume Bokosi, acknowledged the problem, saying plans are already underway to construct a bridge using the constituency development fund.

The MP said by May the area should have a new bridge.

Catholic Development Commission which is implementing a Climate Challenge Program in Machinga says climate change has imposed several injustices in the area.

“Some of the people have lost their lives just because their houses collapsed. Some got injured in the process, all these are happening because there has been a change in the climate and the rainfall pattern is not the same,” said Mtaya.

CADECOM is implementing the program with funding from the Scottish Government through SCIAF and Trocaire.