We Can End this Alliance and Call for Fresh Elections – Chilima 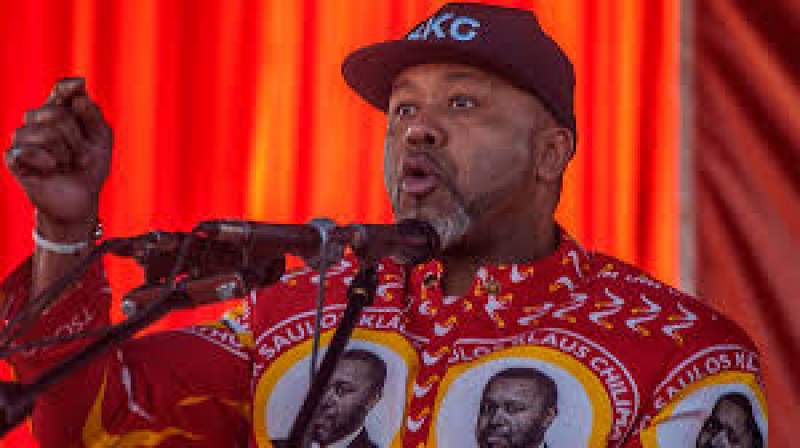 Vice president Dr. Saulos Chilima, who is also president of UTM, has challenged Tonse Alliance partners ‘to terminate the political alliance agreement’ having observed that some agreed upon terms and conditions are not being respected.

In his public address on Friday, Dr Chilima blamed some people of trying to destroy the alliance after tasting the sweetness of power.

“We should not allow history to be changed because someone or some people have now just realized that power which should be shared has become sweeter and begin to display as much excitement as a 2-year-old at the sight of candy,” he said.

Disclosing some of the contents of the agreement, Dr. Chilima said his UTM party is ready to quit the alliance if the Malawi Congress Party (MCP), the major partner, is willing but then a fresh presidential election should be held.

“However, if there is insistence from other elements within the alliance and their advocacy for a split as we move towards 2025, the best would be to terminate the alliance now.

“Indeed, if we were to terminate the alliance, in honesty we would have to call for a fresh presidential election. We should not continue our journey to 2025 with two hearts: One inside and another outside of the alliance,” continued the charged Chilima.

He said the Tonse alliance was formed based on mutual trust to have a strong leadership force that would increase chances of winning the 2020 fresh presidential election.

He added: “The UTM did not join the alliance for political convenience. Rather, it was a profound recognition that beyond the fresh presidential election, the immense challenges that we face as a nation could only be defeated through unity of purpose, commonality of interests and harnessing all the available capacities and abilities across the nation.”

According to Chilima, the two Tonse Alliance leaders agreed on a 10-year-plan where each of them would lead for five years.

“I would like to state that the agreement was signed for a period 10 years in which both Dr Chakwera and I would support one another to lead for one term, ” he disclosed, adding that he is disappointed at the recent turn of events in the alliance which he said does not conform to the agreements.

He warded any departure from the agreement amounts to political fraud not only on the parties to the agreement, but also on the popular will that mandated the Alliance in the first place.

Dr. Chilima also briefly addressed the fight against corruption where he emphasized the need to remove presidential immunity from criminal prosecution to holistically fight the vice.

“While we salute the fact that the Vice President of this country can, and must be investigated or prosecuted for criminal wrongdoing, it is completely misplaced that Presidents of this country have a veil of constitutional protection from criminal prosecution through immunity while in office,” he challenged.

He also called on Malawians to work hard together in order to develop the country.

Chilima delivered his highly charged speech in Lilongwe, two weeks after his boss, President Lazarus Chakwera announced that he would no longer delegate any duties to him because he was named in a corruption report.

After keeping Malawians waiting for days to hear his reaction, Chilima told the nation in his speech that he would let the course of justice take it route, and that he would not interfere in any investigations by the Anti-Corruption Bureau (ACB).

The alliance came to power in 2020 following fresh presidential elections ordered by the Supreme Court, upholding a lower court’s decision that found that the earlier elections in 2019 won by the Democratic Progressive Party had irregularities.