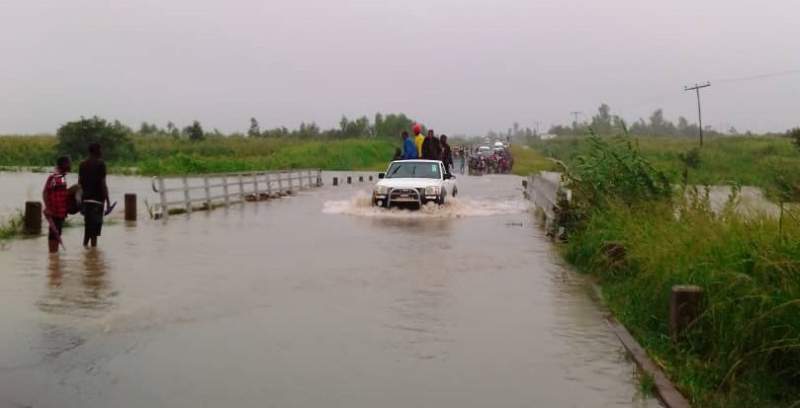 Chikuli bridge in Mulanje has been submerged following heavy downpour the district has been receiving since Tuesday.

Police have since warned motorists using the Limbe – Midima – Muloza road to refrain from using the bridge.

Mulanje Police Officer-In-Charge, Senior Assistant Commissioner Kelvin Mulezo, says for the time being “motorists going to and from Mulanje better use Limbe-Thyolo-Muloza road.

Meanwhile, swelling Ruo River is raising fears of floods as warned by the department of water resources in the Ministry of Agriculture, Irrigation and water Development in a statement released on Monday.

Mulanje Assistant District Disaster Risk Reduction Officer, Keith Saenda, says villagers close to the river have been advised to move to uplands for their safety.

“We have not yet started assessing the damage caused by the heavy rains; suffice to say that as of now severe damage has been observed on crops,” said Saenda.

Other rivers which the water resources department indicates will flood are Mwanza and Shire.