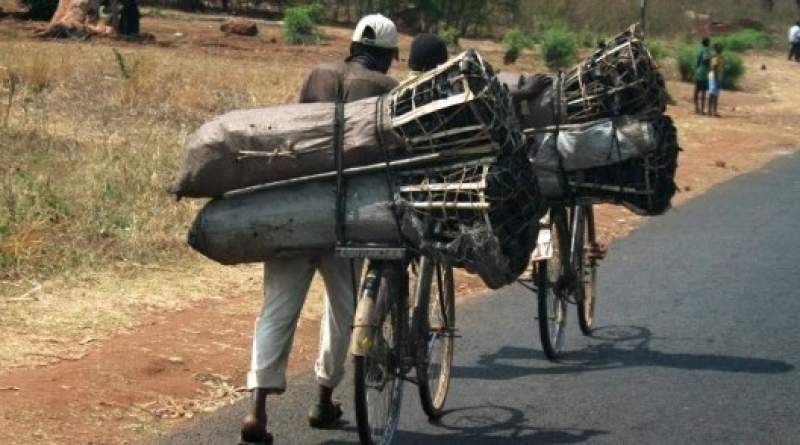 46% of total charcoal demand is being consumed in the country’s four major cities of Blantyre, Lilongwe, Zomba and Mzuzu - internet photo

Malawi on Thursday, 13 February 2010, made a bold decision in its quest to deal with the impact of climate change by passing the Forest Amendment Act. It was in response to unprecedented impact climate change had on the Sub-Saharan country.

“This new piece of legislation will bring sanity in charcoal selling,” said the minister of natural resources, energy and mining, Mr. Bintony Kutsaira, after parliament passed the bill.

The law will, among other things impose a 100, 000 kwacha to 10 million Kwacha fine for people caught cutting down trees in protected areas.

Principal Secretary in the ministry, Patrick Matanda, conceded that “cutting down of trees is indeed a problem.

“You may have noticed that just two days ago in parliament, we processed a bill, the Forest Amendment Bill. In that bill, most of the things that are there are for enforcement.

“We are actually going to have stiffer penalties for those that are going to be destroying our forests to make sure that the trees are well protected.”

According to energypedia.info, charcoal in Malawi is mostly unsustainably produced from live trees: “over 60% of the charcoal is made from wood originating from protected forest reserves and national parks; even firewood is unsustainably collected.”

The law has excited the country’s civil society.

“It is a piece of legislation that will help us to manage our forests. As civil society organizations which were part and parcel trying to help government to refine the legislation. I think it [previous law] has been lacking the mandate on issues regarding the penalties and also forest management in general.

“I’m sure that the bill which has been passed will help us much in terms of ensuring that we have stiffer penalties to those that are going to break the law,” said Julius Ngoma, National Coordinator of the Civil Society Network for Climate Change.

This is happening in a country where, according to energypedia.info, only has 12 percent of its 18 million population accessing electricity as of 2019.

This electricity is also rationed to the few consumers.

Electricity tariffs were raised by 32% in 2018 by the Malawi Energy Regulatory Authority (MERA), making firewood and charcoal the major cooking fuels.

Statistics by energypedia.info indicate that 46% of total charcoal demand is being consumed in the country’s four major cities of Blantyre, Lilongwe, Zomba and Mzuzu, unlike in many neighboring counties.

“Firewood provides over 50% of the urban cooking fuel and nearly 100% in the rural areas,” reads the statistics.

For burners, charcoal selling is their sole sustainable source of income. Most of them are even yet to be made aware of the new passed law.

“I am very well aware that charcoal burning is taking away our trees; but that’s what is feeding my family. What else do you expect me to do if not selling charcoal?” wondered Joseph Mateyu (not real name) who sells a bag of charcoal at K6, 000 at Bangwe market in Blantyre.

For users, charcoal is probably the cheapest means of household cooking fuel as they cannot afford to buy electricity for cooking; let alone most of the Malawian households are not electrified.

“A bag of charcoal lasts me almost a month. I cannot manage to use electric stove for cooking because tariff is very high,” said Madalo Jere, a single mother of two at Bangwe in Blantyre.

Although Malawi government introduced the Malawi Rural Electrification Programme, which aims at increasing access to electricity for people in peri-urban and rural areas, most people are still not connected to electricity.

Matanda, however, said government introduced the Charcoal Strategy “to provide options to those that are currently using forest products.

“What has happened recently is that government passed a law to remove the VAT on the LPG [Liquefied Petroleum Gas]. That has happened and immediately that happened, the price of LPG went down and we think that with the going down of the price, the uptake of LPG will be much better as has been before,” he said.

All eyes are still on the day when majority of Malawians will have access to environmental and renewable energy sources enough and reliable to migrate them from the environment destructive energy that the world has ganged up against.