Mpinganjira Wants Judge Out of His Attempted Bribery Case 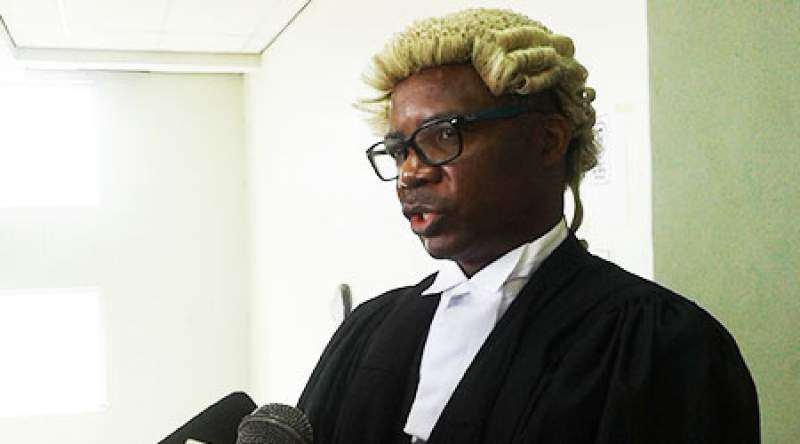 Businessman, Thomson Mpinganjira, wants high court judge Dorothy de Gabrielle to recuse herself from a case where he is being accused of attempting to bribe judges.

Through his lawyer Patrice Nkhono, Mpinganjira has laid down before the court in Blantyre serious allegations of impropriety against the judge and the chief judge of the High Court.

Nkhono told the court on Tuesday that there is evidence in forms of phone call recordings, transcripts, text messages, among others, to prove that there was an arrangement where certain offers were made to the defendant to achieve favorable conclusion of the case.

Judge de Gabrielle found the defendant, Mpinganjira, with a case to answer in the case where he is being suspected to have attempted to bribe judges who presided over the presidential elections case to rule in favor of former president, Peter Mutharika and the Malawi Electoral Commission.

Nkhono told the judge that “justice must not only be done, but must manifestly be seen to be done. There is reasonable likelihood of biasness.

“Right to fair trial is fundamental and should not be subject to impropriety. We have text messages purportedly from you, my lord, granting assurance that it is made available.

“In order to preserve integrity of justice system, we pray that you consider to recuse yourself and allow another judge to proceed with the case.”

Counsel Nkhono, however, refused to disclose to the media outside the court how much was the judge allegedly asked from the defendant to make a favorable conclusion of the case.

State prosecutor and Solicitor General, Reyneck Matemba, however, described the application by Mpinganjira as wild and baseless “intended not only to delay the case, but also to derail the criminal proceeding.”

Matemba told the court that the Anti-Corruption Bureau (ACB) which is prosecuting the matter only received the application from the defense yesterday [Monday] 4:30 PM.

“All these allegations are hearsays. Counsel is not stating facts. Throughout his submission, he has been mentioning ‘I was meant to believe, I was told that.’ This is a strategy by the accused to delay the case. Any accused person who foresees conviction can raise allegations against the judge.

“There is no basis for you to recuse yourself. That will be a mockery to justice. Do not be moved by the allegations,” said Matemba.

In response, Nkhono dismissed Matemba’s sentiments, saying the allegations made are not hearsays and not intended to delay the case in any way.

“We have never sought any adjournment. We even indicated that we will be ready with our defense today,” said Nkhono.

Judge de Gabrielle has reserved her ruling on her recusal to Wednesday, 10 AM.

Initially, Nkhono questioned the presence of Matemba in the court who was the ACB Director General but he is now Solicitor General.

“We find this unusual. ACB is an independent institution and ought to be seen as independent. ACB has powers to prosecute cases.

“When there is vacancy of the Director General, the Deputy Director General has powers to prosecute; therefore, there is no need for the Director of Public Prosecution (DPP) to be involved. This will be seen as interference in ACB’s operations and needs not to condoned,” Nkhono said.

Matemba, however, laughed off Nkhono’s arguments, saying that he was surprised that Nkhono saw his presence as unusual.

“Powers to prosecute are delegatory. My presence here should not be a cause for concern to the defense. We already presented our evidence before the court and the court found the accused with a case to answer.

“It is now for him to defend himself. I have no personal interest in the matter, apart from wanting justice to prevail,” he said.