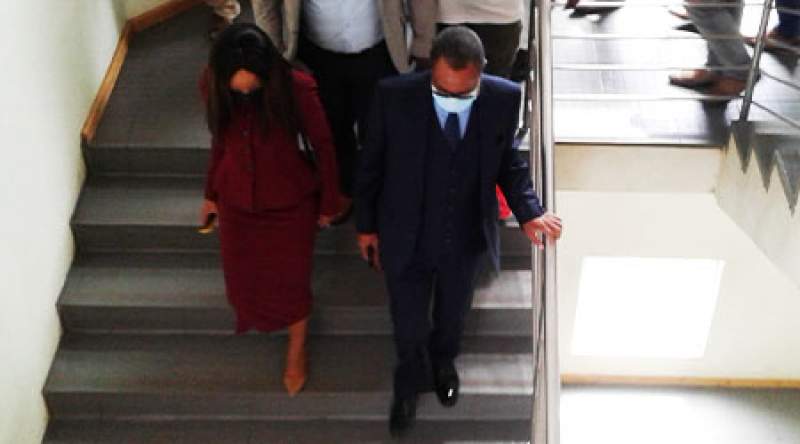 High Court in Blantyre has found banker, Thomson Mpinganjira, with a case to answer in a case which he is being accused of attempting to bribe judges.

He is suspected to have attempted to bribe five judges who presided over the historic elections case with an intention to influence them to decide in favor of former president, Peter Mutharika.

The Anti-Corruption Bureau dragged the accused to court following a complaint it received from the judges.

Judge Dorothy de Gabrielle says prosecution has made a prima facie case against the accused.

She, therefore, told Mpinganjira his rights as an accused person in defense that he has a right to produce evidence, call witnesses, remain silent or refuse to enter defense.

“Should he choose to remain silent or refuse to enter defense, the court will proceed to make its judgment on the matter,” she said.

The judge read out in the court six counts that Mpinganjira is facing, all bordering on attempting to bribe the judges.

The judge also responded to a cautionary note that defense made before the court that asked it to handle the matter with impartiality.

According to the note, the defense cautioned the court to treat the witnesses who are the judges just like any other witness.

In her response, Judge de Gabrielle says the conduct by the defense portrays a misconception that she said needed to be addressed.

“The court is not affected by emotions or that the case in question is high profile. The case has never been treated as a special case but as any other case,” she said.

Counsel Patrice Nkhono from the defense apologized to the judge, saying it was not their intention to make an impression that they were undermining the ability of the court.

Judge de Gabrielle said Mpinganjira will remain on bail on all the previously imposed conditions.

“Should the conditions be breached, the bail will be revoked,” said the judge who has adjourned the case to 11 May, 2021.

The five judges presided over the elections case which the incumbent president, Lazarus Chakwera, and his vice, Saulos Chilima, challenged results of the 2019 presidential elections.

The Electoral Commission declared former president, Peter Mutharika, winner of that elections which were nullified by the constitutional court that was presided by the judges.

Following the nullification, fresh elections were ordered and won by the incumbent leadership.