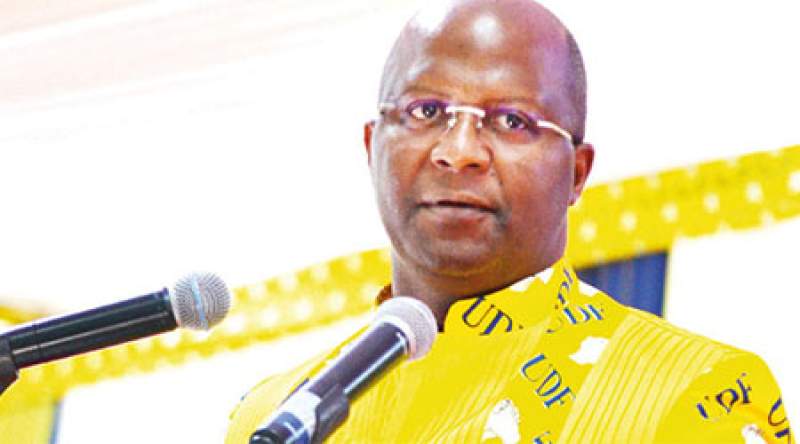 Political Analysts have warned the United Democratic Front (UDF) to brace for squabbles within the party should former leader of the party, Atupele Muluzi, return to active politics.

The political analysts were reacting to what the young Muluzi has told the local press that he is contemplating to return to active politics.

George Phiri thinks Atupele’s return to active politics would be a sign of lack of trust in Lilian Patel whom he appointed UDF interim leader after quitting active politics three months ago.

“This will also cause problems in the convention of the UDF because Patel would also want to contest in that position, I believe there will be a convention but if Atupele says otherwise, then it means there is no democracy in the UDF,” he said.

He added, “As a person who is interested in running the affairs of the nation, you need people who can make a serious decision themselves not based on the influence of other people.

“You know we goofed in this country when one leader made a decision on devaluation of the kwacha based on what others were saying or informing him or her. We need people who can make independent serious decision.

“Now if he is making decisions depending on what others are thinking about him for me in that respect he does not qualify to be a leader of this country.

Blantyre International University based, Sheriff Kaisi, told Zodiak Online, he knew the young Muluzi would return to active politics, “but not now.

“It is not new and I was expecting him to come back but the question is at what point in time is it now or sometime in future, I was not ruling that out because of the nature of politicians and him being young I do not think he can quit politics completely.

He however said, “I was not expecting him to come back at this point in time because we are talking of only three months now the question is, has he settled the issues that made him to quit politics?

Just like Phiri, Kaisi, cautioned UDF, saying “Atupele’s coming will definitely bring in issues within the ranks of the party, he is not just an ordinary member, he left as president likely he would want to unseat Patel, what will be her reaction and that of her followers?

“I can see that we are opening another front within the political spectrum that we would see squabbles again just like DPP is experiencing.”

The party’s Spokesperson, Yusuf Mwawa, declined to comment on the matter saying, “We cannot make any comment at this point because we do not know anything. When quitting he used channels that are there.

Muluzi is quoted in the local press saying he is receiving calls from people whom he claims want him back into active politics adding he did not use the word resign.